Recipients will be selected to receive scholarship awards, based on academic and non-academic criteria including: participation in the F.A.N.C.Y. Teen Girls Leadership Academy, a personal statement, leadership, community involvement, educational aspirations, career goals, and grade point average. The scholarship funds may be used for: *Scholarship applicants must be a F.A.N.C.Y. Teen Girls Ambassador to qualify. ﻿*Scholarships will be awarded at the F.A.N.C.Y. Teen Girls Expo. Applicants must be present to win. ​*This is a competitive scholarship program. Not all applicants will receive awards; awards are dependent upon funding availability. Applications meeting the eligibility guidelines are reviewed and evaluated by a committee comprised of volunteers. All selections made by the committee are final. 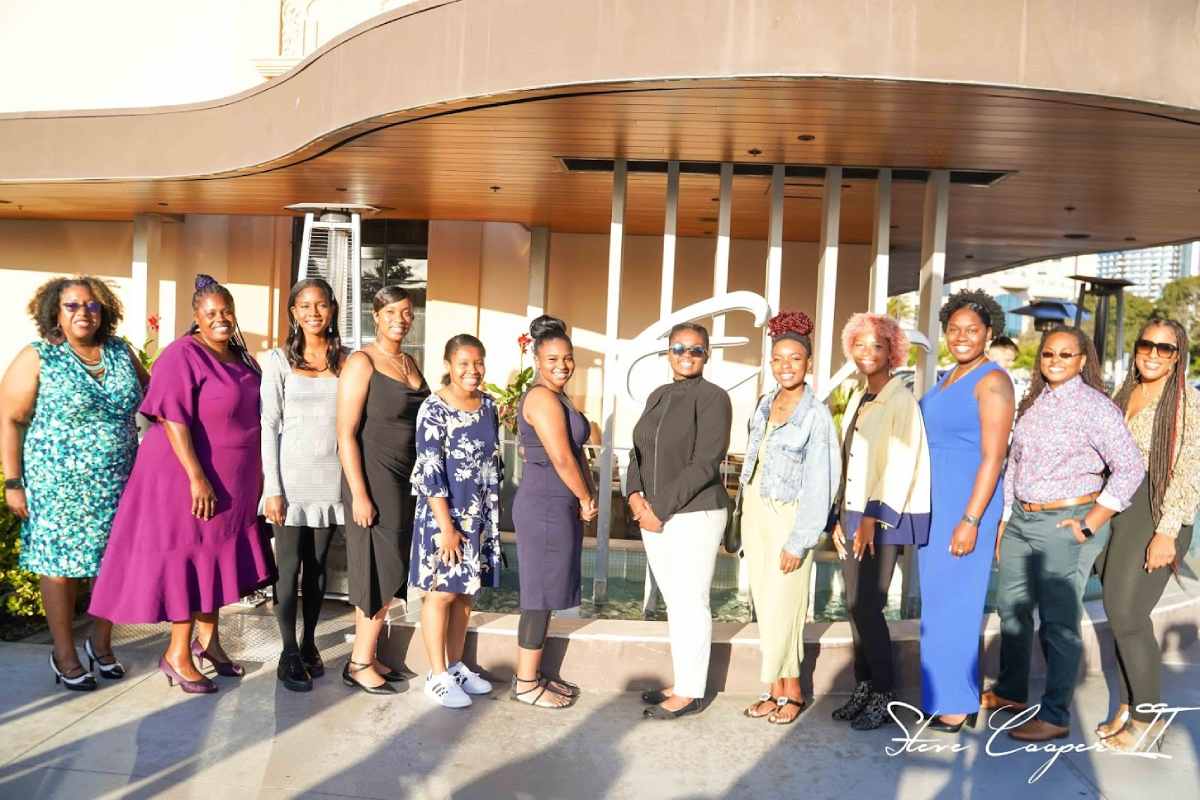 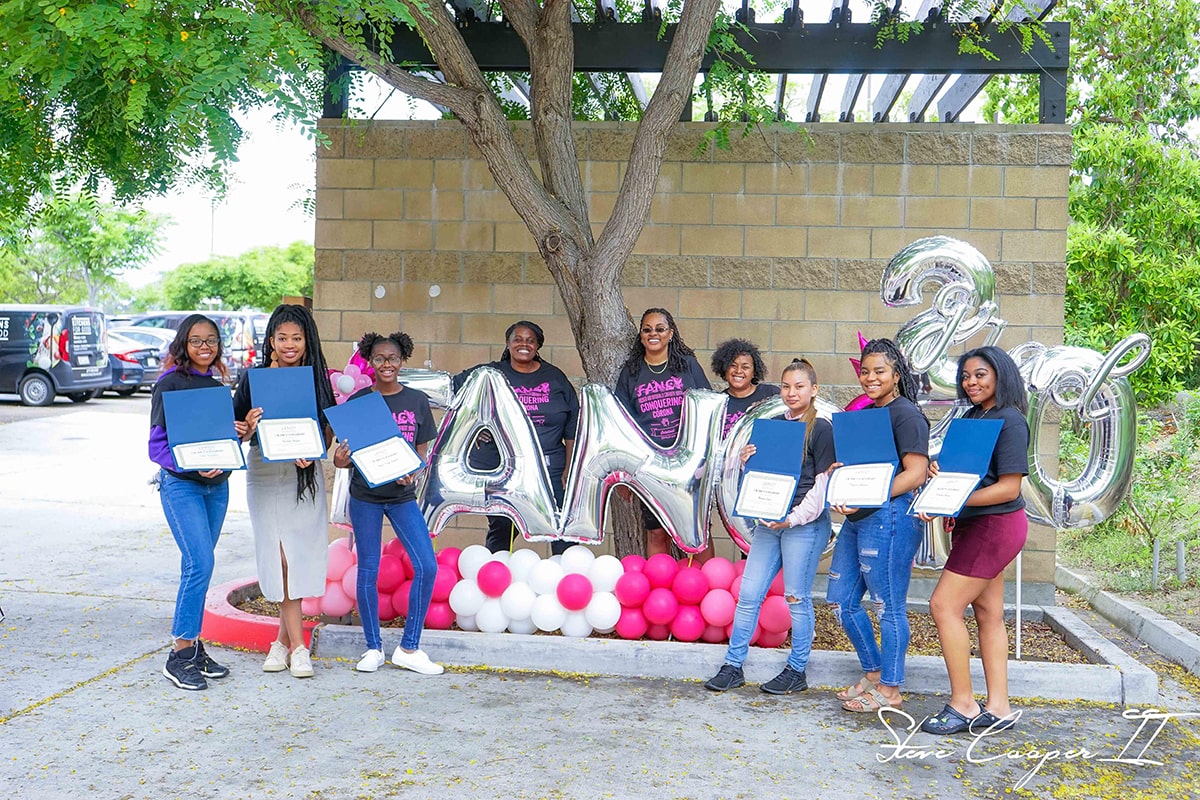 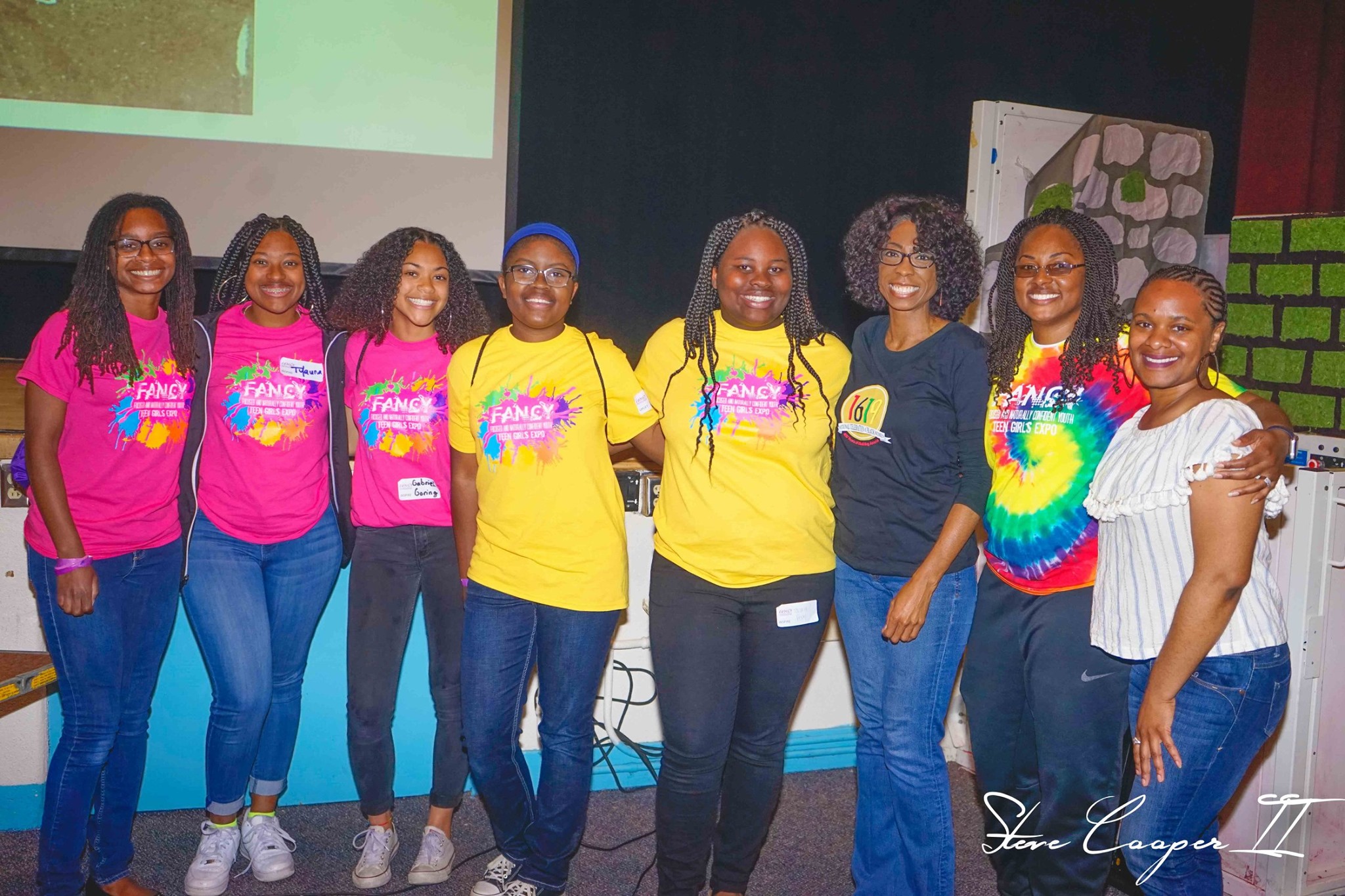 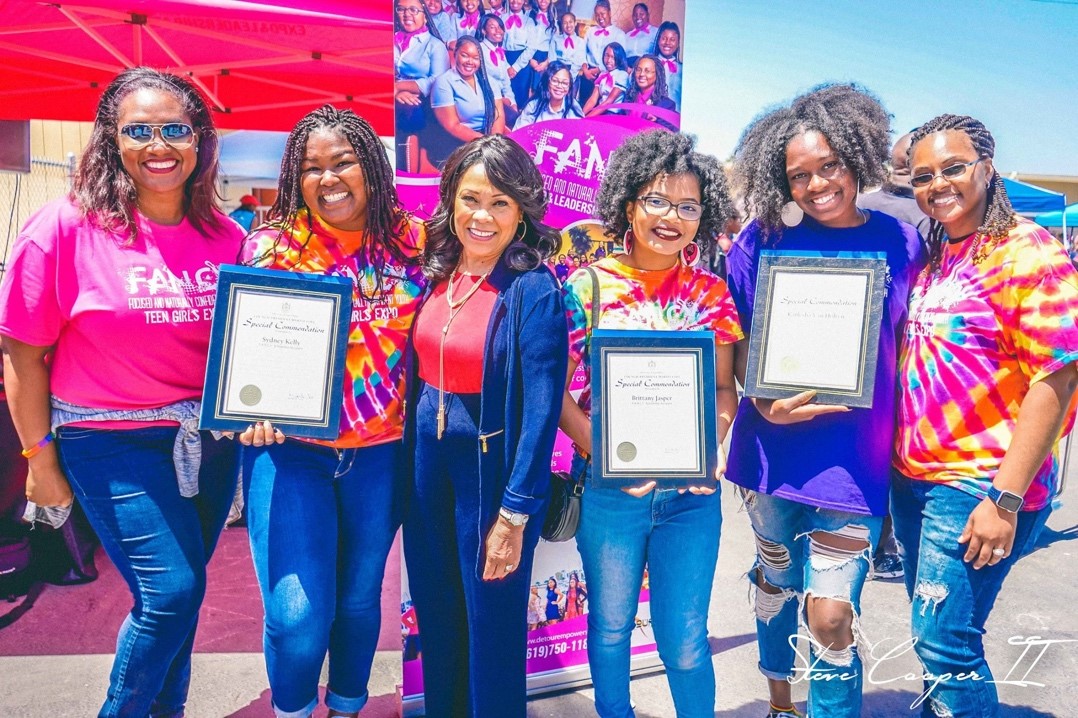 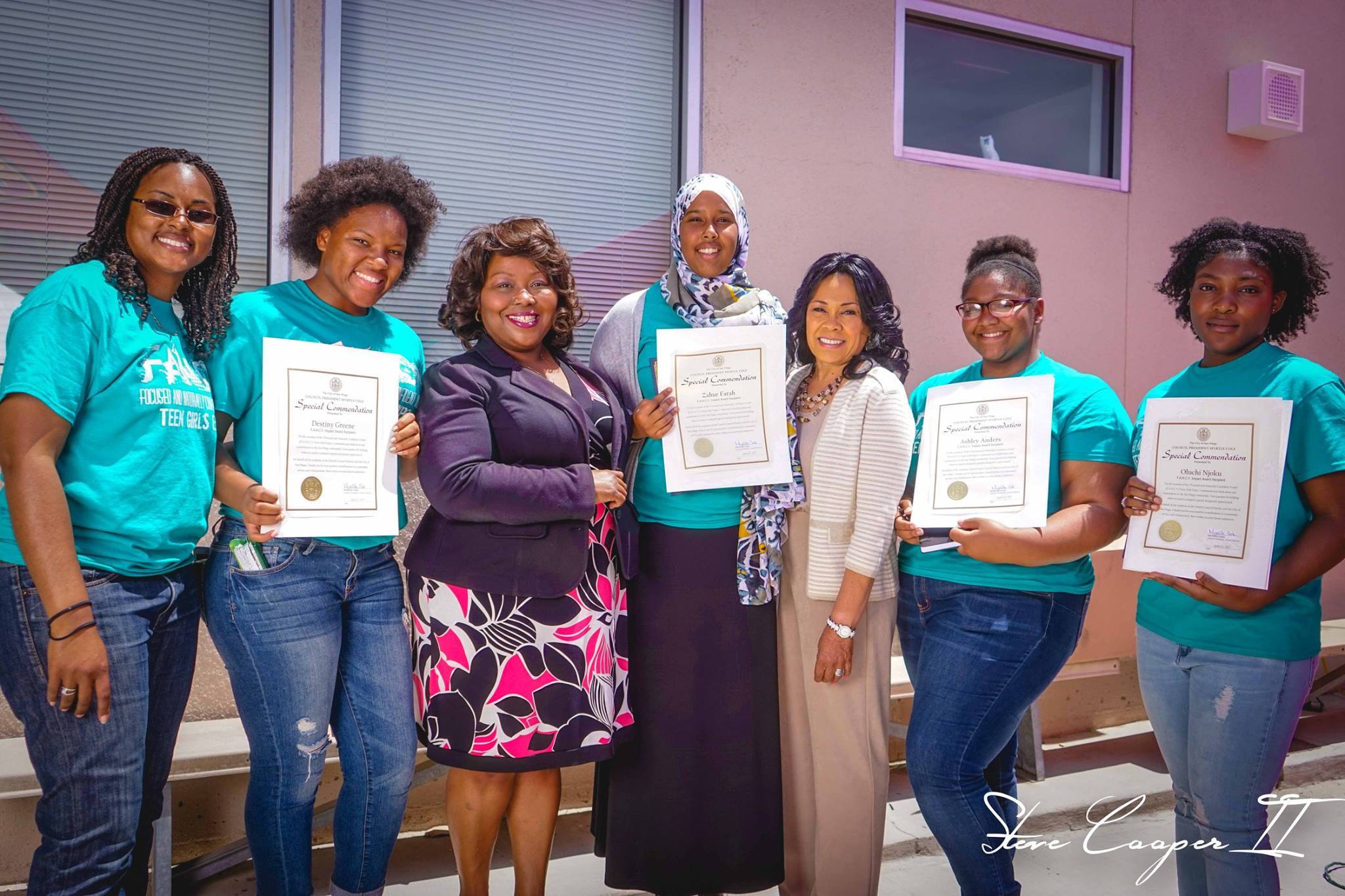 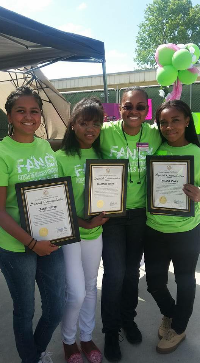 Tatiana is just one of 3 winners of the 2016 F.A.N.C.Y. $500 Scholarship Award. Teajanae Bennett (Grambling University) and Izabel Reyes (UC Riverside), along with Tatiana, have all been a part of the F.A.N.C.Y. Leadership Academy since they were in 8th grade. These young women have been equipped with the skills and knowledge to tackle any career they desire. Be sure to check out our Leadership Academy page, to see how you can be involved with this life-changing program. 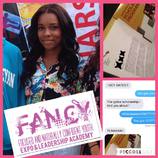 This year F.A.N.C.Y. Scholarship winner, Tatiana Jones, has been selected from over 53,000 applicants as a Gates Millennium Scholar. She will receive a FULL scholarship (tuition, books, housing) from undergrad to PhD at the school of her choice - Syracuse! We asked Tatiana about her journey with F.A.N.C.Y. and how it has helped her on her academic and personal journey.
1How long have you been in F.A.N.C.Y.?
6 years
2How has the F.A.N.C.Y. Teen Girls Leadership Academy helped you?
The F.A.N.C.Y. Teen Girls Academy has allowed for me to share and voice my opinion on world wide issues that affect women of color everyday. It has allowed for me to be a muse to those who don't believe that they can make it with all odds against them.
3Whats one of your biggest accomplishments?
One of my biggest accomplishments is receiving the Gates Millennium Scholarship and receiving a full ride to my dream school, Syracuse University.
4What are your goals for the future?
My goals for the future vary from short and long term. Some of my short term goals are to leave a legacy at my school with FANCY, by creating the project People of Preuss in which students are able to tell their stories about what they have been through and how they overcame it. My long term goal is to receive my masters degree in forensic science and hopefully start an organization that helps minorities who are wrongfully accused receive justice through investigation.
5What's one piece of advice you have for other teen girls?
Your power comes from within, not from others.

Janaha Ransome was the co-founder and a vital committee member of the F.A.N.C.Y. Teen Girls Expo, founded in 2010. One of her primary goals was to further her education and have a meaningful career path that would transform young lives. Janaha grew up in Southeastern San Diego, attending SCPA and Mt. Miguel High School. She obtained an Associates Degree from Grossmont College, a Bachelor’s Degree in Africana Studies from UCSD, and a Master’s Degree in Public Administration from the University of Phoenix. While in pursuit of her PhD from Alliant University, she transitioned from this life on December 8, 2013. Alliant University granted Janaha with an Honorary Doctorate Degree. Within her lifetime she contributed to many youth through being an inspiration with an undeniable drive to change the world one milestone at a time. Janaha spearheaded several community projects, including implementing Presdient Obama’s Youth Employment Program through Metro San Diego and implementing after school youth programs in San Diego and Oceanside school districts through her Assistant Director position at the ARC of San Diego. Upon her passing, as a strong leader and advocate in the community, Janaha was employed as the Youth Manager at the San Diego Workforce Partnership, the CEO of Building Dreams LLC, and was in the process of developing STAR Academy Charter School. The F.A.N.C.Y. Teen Girls Expo Committee now honors Janaha’s service through the “I’m F.A.N.C.Y. Scholarship” Program, in remembrance of her never-ending support and dedication to improving the lives of youth from underserved communities.